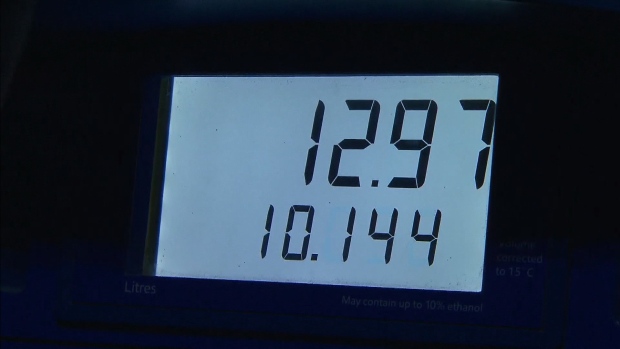 OTTAWA - Prices for furniture, gasoline, food, cars and more leaped higher in August compared with the same month a year earlier as the consumer price index hit a near two-decade high.

The rise was driven by the rollback in economic restrictions as well as supply-chain issues, like those for semiconductors that helped drive price growth for autos with new vehicle prices up 7.2 per cent year-over-year in August, for the fastest pace since 1994.

Furniture prices, which have been affected by supply chain delays and higher costs for lumber, rose by 8.7 per cent, while prices for household appliances rose 5.3 per cent year-over-year as Canadians continued to spend on their homes where many continue to work.

Subscriptions for online streaming services, such as Netflix and Spotify, rose 5.8 per cent year-over-year in August while the cost of internet services rose 3.8 per cent over the same period.

Overall, the consumer price index in August rose 4.1 per cent compared with a year ago. The annual pace grew from the 3.7 per cent registered in July, and marked the largest year-over-year inflation increase since March 2003.

Statistics Canada said price comparisons to the lows seen a year earlier now account for a smaller portion of the overall inflationary picture.

Inflation likely peaked in August, said BMO chief economist Douglas Porter, but the elevated readings may continue for months because of sustained pressure on energy, food and home prices.

Gasoline prices rose year-over-year by 32.5 per cent in August, driven by lower production compared with pre-pandemic levels, interruptions from Hurricane Ida and slowing demand linked to concerns around the spread of the Delta variant.

Statistics Canada said the annual inflation figure would have been 3.2 per cent last month had it excluded gasoline prices from its calculation.

The statistics agency also said homeowner replacement costs, which are related to the prices of new homes, rose at an annual rate of 14.3 per cent in August, marking the fastest yearly increase since September 1987 and the fourth consecutive month of double-digit price growth.

Also driving up prices in August was rising prices for meat, which rose year-over-year by 6.9 per cent, the fastest pace since June 2020, which Statistics Canada said was in part because of growing demand from restaurants.

Adding to the mix was a 19.3 per cent year-over-year rise in traveller accommodation prices across every province as demand increased amid easing travel restrictions.

The consumer price index has been on an upward swing since the start of the year, and since April has clocked in above the Bank of Canada's target range of between one and three per cent.

Governor Tiff Macklem has vowed that the central bank would step in if price pressures become persistent, but for now the Bank of Canada sees much of the current issues as being temporary.

Statistics Canada said the average of the three measures for core inflation, which are considered better gauges of underlying price pressures and closely tracked by the Bank of Canada, was 2.57 per cent for August, up from 2.43 per cent in July. The August reading is the highest since March 2009.

CIBC senior economist Royce Mendes said the Bank of Canada will likely continue to look past the current figures because inflation is being caused by unusual drivers that are unlikely to be sustainable. But, he wrote, the central bank will be “particularly cautious given that the fourth wave is likely to cause disruptions for the economy once again.”

Porter said adding to inflationary concerns are rising wages, which could cause a cycle of price increases as companies pass on higher costs to consumers that then puts pressure on wages to keep up.

Businesses are ramping up hiring plans towards the end of the year, Porter said, and may have to provide higher wages beyond a one-time bump for restaurant and big-box stores that he called well-deserved in the context of the pandemic.

“If that's the case, then this is not just a transitory, or temporary, lift in inflation that we're seeing right now.”