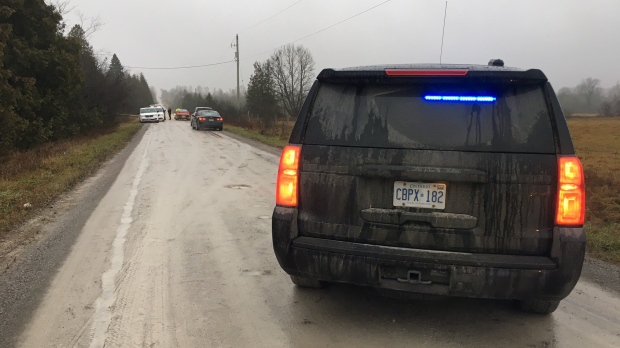 The SIU is investigating a police-involved shooting in Bobcaygeon that left one man dead. (CTV News)

Ontario’s police watchdog is investigating a shooting during a police interaction in Bobcaygeon Thursday morning that left one man dead.

The Special Investigations Unit said an officer from the Ontario Provincial Police Kawartha Lakes detachment went to a home near Highway 49 and Highway 47 just after 10 a.m. for a theft investigation.

When the officer arrived, they encountered a man with a firearm, the SIU said.

“There was an interaction, and the officer discharged his firearm before retreating,” the SIU said in a news release.

The man was pronounced dead at the scene.

The SIU has assigned three investigators and two forensic investigators to the case and designated one subject officer and three witness officers.

The agency is asking anyone with information to contact the lead investigator.

The SIU is called to investigate whenever police are involved in a death, serious injury, sexual assault allegations or the discharge of a firearm at a person.