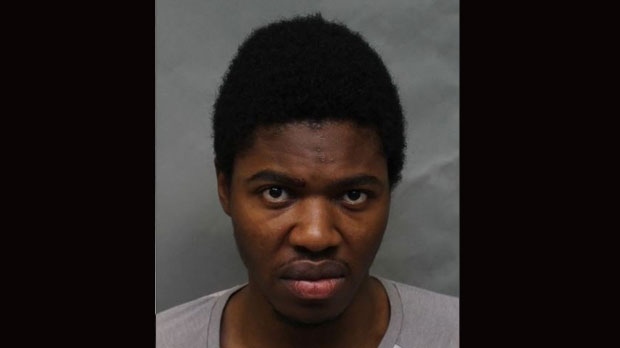 A 21-year-old man has been charged in connection with the alleged sexual assault of six women on the TTC last weekend.

The first incident occurred at Jane Station on Friday, June 9.

Police said a woman was at the subway station when she was grabbed around the waist from behind and sexually assaulted by an unknown man.

On Saturday, June 10, police said another woman was on board a TTC bus on Jane Street when she was approached by a man and sexually assaulted.

Later that same day, police allege a man approached four women on a subway train travelling between Wilson Station and Glencairn Station and sexually assaulted them.

One suspect, identified as 21-year-old Toronto resident Biko Miguana, has been arrested in connection with the alleged incidents.

He is facing six counts of sexual assault.

Police have now released the man’s photo and are asking anyone with new information about the case to contact police or Crime Stoppers anonymously.