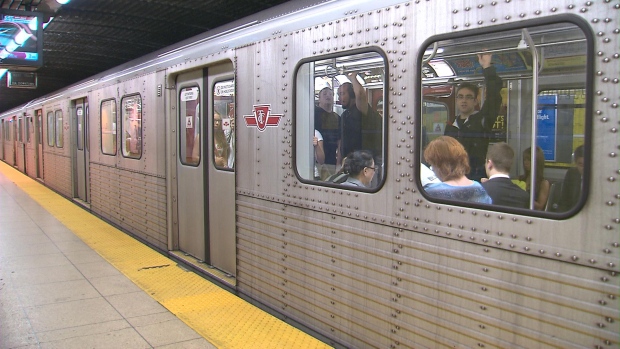 TTC passengers on the Yonge-University-Spadina line are seen in this undated file photo.

There was no service between St. George and Lawrence West stations for most of the morning after flooding was reported at St. Clair West Station.

Full service resumed at around 12 p.m.