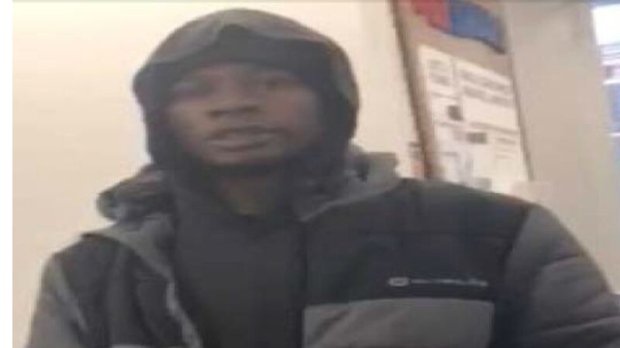 Police have released a photo of a suspect wanted in connection with the sexual assault of a teenager at a mall in Willowdale. (Toronto Police Service handout)

Toronto police are searching for a suspect who allegedly sexually assaulted a teenage girl inside a Willowdale mall last week.

Police say on the morning of Jan. 15, a 17-year-old girl was walking in the area of Yonge Street and Park Home Avenue, north of Sheppard Avenue West, when a man approached her and tried to start up a conversation.

The girl, police say, ignored the man and kept walking toward the entrance of a nearby mall.

According to investigators, as the girl entered the mall, the man again approached the teen from behind and sexually assaulted her.

When she ran into a nearby store, police allege, the man followed her inside.

The suspect fled the area after he was confronted by a group of people, police say.

The suspect has been described as 24 or 25 years old and is between six-feet tall and six-foot-one. Police say he has a slim, athletic build and was clean shaven at the time of the incident.

He was spotted wearing grey Roots pants, a black and grey jacket, a black hoodie, a black toque, and black or brown work boots.

Investigators have now released a photo of the man they believe perpetrated the assault.

Anyone who recognizes the suspect or has information about the case can contact police or Crime Stoppers anonymously.