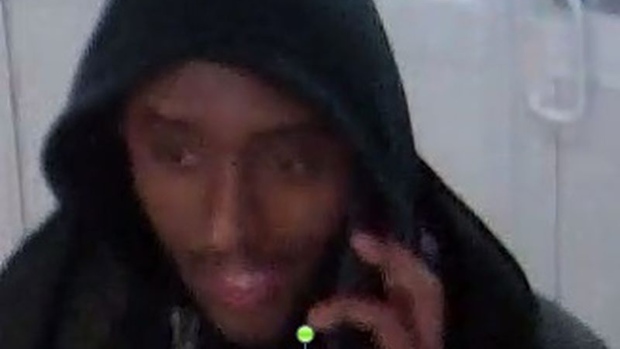 Ubaid Said, 21, is pictured in this photo distributed by Toronto police.

Toronto police say a warrant has been issued for a suspect in connection with the double murder of two men and the attempted murder of two others in Etobicoke last week.

Shots were fired into a rented vehicle on West Deane Park Drive near Rabbit Lane at around 12:40 a.m. on Jan. 19. The vehicle hopped the curb and came to rest on the lawn of a home.

Four men were found with gunshot wounds at the scene. Two of the men were pronounced dead, while two others were rushed to hospital.

The two men who died have since been identified as Terrell Carr, 24, and Nasurdin Nasir, 26.  Both men were from Toronto, but Carr had recently lived in Calgary.

Police said Tuesday that a suspect identified as 21-year-old Toronto man Ubaid Said is now wanted on a Canada-wide warrant for two counts of second-degree murder and two counts of attempted murder.

Police have released a photo of Said and said he should be considered armed and dangerous. Anyone who spots him is being asked to call 911.

Ubaid Said, 21, is pictured in this photo distributed by Toronto police.