Talks collapse; no end in sight to strike by York University strike 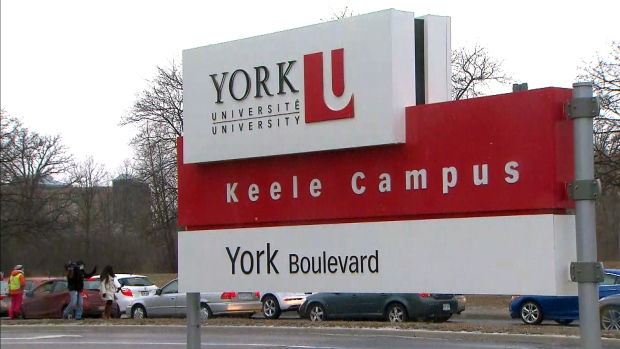 TORONTO - The latest effort to end a strike by striking contract faculty and teaching assistants at York University have fallen apart.

Bargaining had resumed Tuesday with the help of a mediator to end a walkout by more than 3,000 members of CUPE Local 3903 that began March 5 over the key issues of wages and job security.

But the union says the university's bargaining team “issued an ultimatum” and refused requests to continue negotiations while the university issued its own statement stating the union “had nothing new to offer” and there is “no path forward to a settlement.”

Local 3903 chairman Devin Lefebvre says York chose to leave the table even though his bargaining team made “significant moves to resolve the outstanding issues” and had withdrawn several proposals.

The university said that while a number of issues were settled, they remain far apart on wages and on the number of conversions of contract faculty to full-time positions and funding for graduate students.

York said it has told the union know through the mediator that it is prepared to continue bargaining as soon as the union is “prepared to work within a framework for an achievable settlement.”