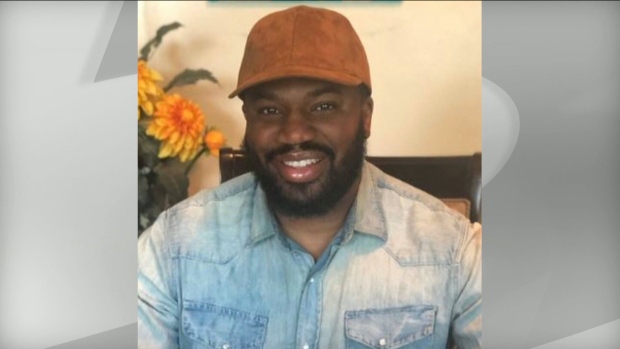 Andre Charles, 43, is shown in a handout image.

A 16-year-old boy has been charged with first-degree murder in connection with a shooting in Scarborough's Chester Le neighbourhood last month that left a 43-year-old man dead.

Investigators said Andre Charles was found in a parking lot on July 4 in the Chester Le Boulevard and Morecambe Gate area suffering from gunshot wounds.

He was rushed to a hospital trauma centre where he was later pronounced dead.

On July 29, police announced a 21-year-old man had been arrested and charged in Charles' death.

He was identified as Shamar Bailey of Toronto.

On Tuesday, police arrested a second suspect in Charles' murder.

The 16-year-old boy cannot be identified per the terms of the Youth Criminal Justice Act.

He appeared in court at 1911 Eglinton Avenue East on Tuesday morning.

Investigators have also issued a warrant for the arrest of Kwami Garrwood, 21, of Toronto.

He is considered armed and dangerous and should not be approached.

Kwami Garrwood, 21, is wanted in connection with a fatal shooting in Scarborough.