Teenage girl struck by vehicle in Scarborough dies in hospital 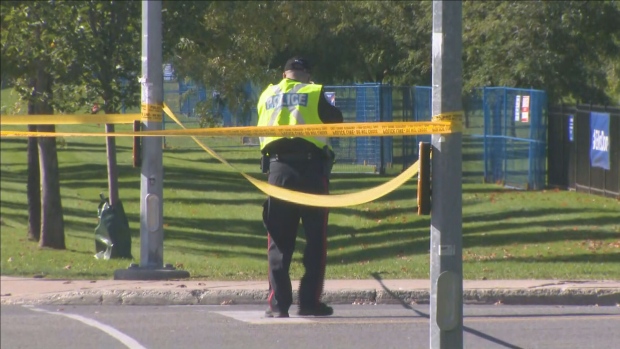 A 17-year-old girl has died after she was struck by a vehicle in Scarborough on Tuesday morning.

Police say that a 17-year-old girl has died after she was struck by a vehicle in Scarborough on Tuesday morning.

It happened near Birchmount Road and Danforth Avenue at around 11:45 a.m.

Police say that the girl was crossing Danforth Avenue at a signalized intersection when she was struck by a car that had just made a left hand turn onto the street from Birchmount Road.

The pedestrian, who was a Grade 12 student at nearby Birchmount Park Collegiate Institute, was rushed from the scene to hospital via emergency run but later died from her injuries.

“The driver of the vehicle did remain on scene and assisted officers in the investigation,” Duty Inspector Michael Williams told CP24. “They were transported to a local hospital as a precaution but they were obviously in shock and upset by what had taken place.”

Williams said that several people did stop and attempt to render aid to the victim. He said that another group of people also stopped traffic to protect her while she lay on the roadway.

A letter circulating to parents of Birchmount Park CI students Tuesday evening confirmed the girl was a student at the school, but did not name her.

“It is with great sadness that we inform you of the sudden death of a Grade 12 Birchmount Park CI student following a motor vehicle collision in the community today. This is a very sombre time for all of us at the school as we mourn the tragic loss of this young life,” the letter from the principal read.

It said TDSB Social Workers and Psychology Staff will be at the school tomorrow to offer support and counselling.

Flowers could be seen at the intersection where the girl was struck Tuesday evening.