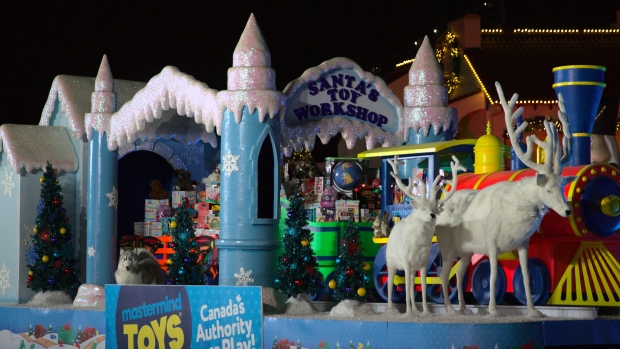 Santa Claus is coming to town…but a little bit differently this year due to the COVID-19 pandemic.

This year the Original Santa Claus Parade will be televised in a two-hour primetime special instead of its usual outdoor parade to celebrate the holiday season.

The 116th annual event will be televised without marchers and spectators to adhere to health and safety protocols to stop the spread of the virus. 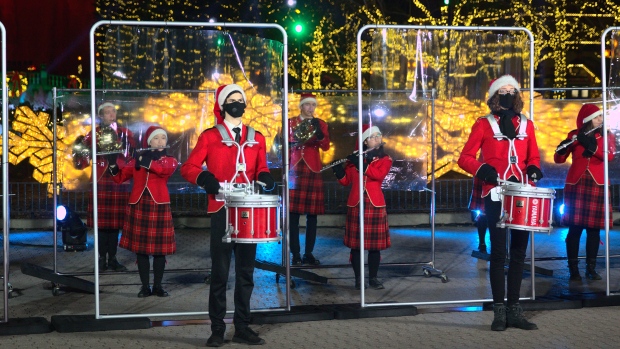 “We have an opportunity and we're thankful for the opportunity with our partners like CTV, to be able to continue it [the parade] in a different way, no doubt, but certainly continue on a tradition that Canadians can still enjoy something that's been a part of their lives for generations in a safe, responsible way,” CEO and Chairman Clay Charters tells CP24.

The parade was pre-recorded at Canada’s Wonderland and will air on Saturday, December 5 at 7 p.m. on CTV and CTV2.

The TV special will be hosted by CTV media personalities Melissa Grelo and Kelsey McEwen.

Twenty-three floats will be included in this year’s parade, along with a variety of musical guest performances and celebrity appearances. 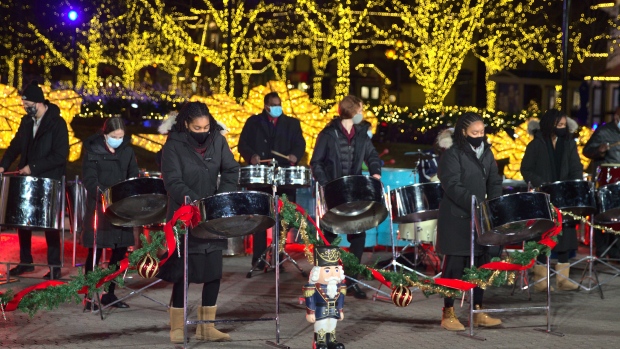 “For the first time ever, it's going to appear at night and filmed at a closed location, and all sorts of different design elements, decor and lighting that we aren't able to do on a normal parade year we’re going to be able to share with Canadians,” Charters says.

The parade will also include its iconic celebrity clowns, and this year viewers have the chance to join in on the fun from the comfort of their homes. The parade has launched the “Clowning Around at Home Program” where viewers can purchase a clown kit (including clown makeup, a wig, gloves, and a red nose) to dress up as well. Viewers can then send a video of themselves clowning around from home and it could be featured in the primetime special.

Canadians can also get in the holiday spirit by purchasing a Rudolph red nose to wear during the TV special. The noses are available for purchase from any Altima Dental office in GTA/Southwestern Ontario.

In addition, the parade is offering a Christmas 50/50 raffle which will support MLSE Foundation and CP24 CHUM Christmas Wish. 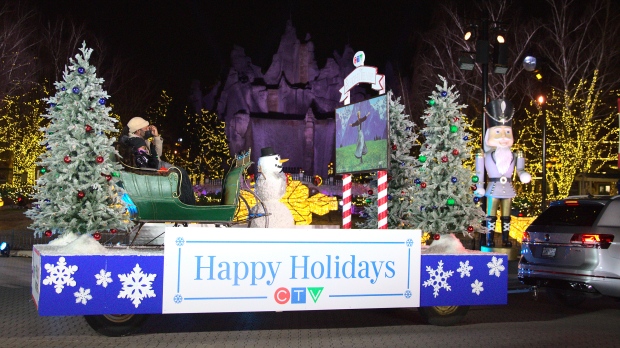 Although the parade is sure to bring Christmas cheer as we enter the holiday season, Charters says it wasn’t an easy task to prepare the parade amid the global pandemic.

He says the parade had to make up for lost time as their warehouse was closed for a few months at the beginning of the pandemic in March, which “interrupted their timing and production.”

“When we came back to work, obviously all of those tried and true tested items that we’re being asked to do from a public health standpoint became a part of our everyday lives,” Charters says. “Adjusting our workplaces so that people can maintain physical distancing, everyone working in masks, hand cleaning...all of that became part of how we do business here at the workshop.”

Charters says he hopes the parade will provide a sense of normalcy and an event to look forward to as Canadians continue to cope with the pandemic during the holiday season.

“We really think that Canadians are going to be able to just feel a little bit less of a weight for a couple of hours in December to really enjoy a great show.”

CTV and CP24 are owned by Bell Media.