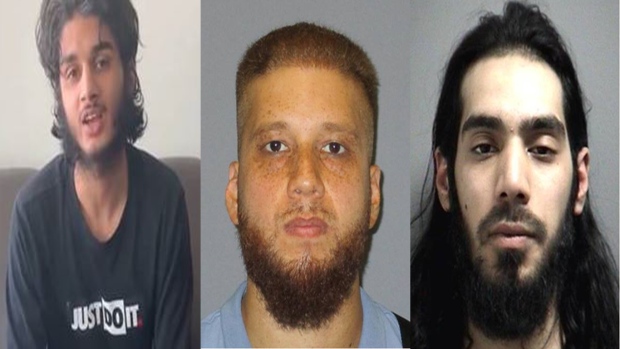 Peel Regional Police say a third suspect has been arrested in connection with a shooting at a family-run restaurant in Mississauga that left one man dead and four others injured, including three  family members.

Gunfire erupted at the Chicken Land restaurant at Glen Erin Drive and The Collegeway just before 7:20 p.m. on May 29.

According to police, a gunman entered the restaurant and started shooting at staff. Five people were struck, including the 56-year-old owner, his 44-year-old wife, their 22-year-old and 25-year-old sons and a 58-year-old male employee.

One of the sons, identified as 25-year-old Naim Akl of Oakville, was pronounced dead at the scene.

The owner’s 13-year-old daughter was inside the restaurant at the time of the shooting, but was not injured.

Investigators have said they are not sure why anyone would have wanted to shoot up the business. They released surveillance footage of a masked gunman following the shooting.

Police said the latest suspect to be apprehended was arrested in Montreal today and is being returned to Peel Region to face charges of first-degree murder and five counts of attempted murder using a firearm.

He has been identified by police as 20-year-old Anand Nath of Mississauga.

Two other suspects were arrested in connection with the deadly shooting earlier this week.

Police have charged both 31-year-old Naqash Abbasi of Brampton and 25-year-old Suliman Raza of Mississauga with first-degree murder and five counts of attempted murder using a firearm.

Police are continuing to investigate and are asking anyone with further information to contact them.