Officials are calling a fire that claimed the lives of three boys in Brampton Thursday a “tragic circumstance,” but say they do not believe it was a case of neglect.

“This is a tragic circumstance where mom went to drop off another child at school, returned home and discovered the home was engulfed in flames,” Const. Akhil Mooken told reporters.

He said he wanted to be clear that “this is not a case where police are investigating it as a neglect type incident.”

First responders arrived to find a townhouse near Torbram Road and Clark Boulevard fully engulfed in flames at around 9:11 a.m., with people still inside, Peel Police said.

Officers were first on scene and tried to gain entry to the home through the front and the rear, but faced heavy flames and smoke.

“First responding officers arrived just prior to the fire department and made several valiant efforts to try and rescue occupants that were located inside of the residence,” Mooken told reporters. “Tragically, three children under the age of 18 have died as a result of the injuries they sustained.”

Firefighters could be seen using ladders to gain access to the home through windows on the upper levels. Occupants of the home were subsequently pulled from the second and third floors, firefighters said. 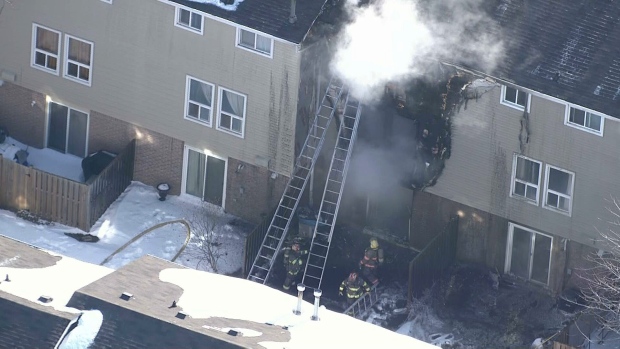 Peel Regional Paramedic Services said they transported three boys – aged 9, 12 and 15 – to hospital, all without vital signs. Police said that the boys were all related, but could not yet confirm their exact relationship.

Shortly before 11:30 a.m., Brampton Mayor Patrick Brown said in a tweet that the three succumbed to their injuries.

“No words can adequately describe the enormity of this loss. No words do justice. Our community grieves with this #Brampton family, their friends and relatives,” Brown wrote.

A firefighter was assessed at the scene for minor injuries, paramedics said.

It is not believed that there were any other occupants in the house when the fire started. 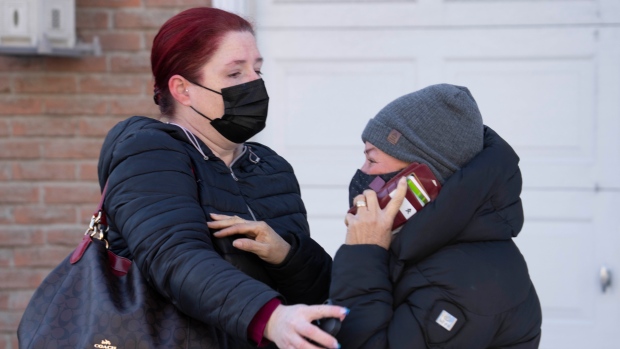 One neighbour who lives across from the home spoke with CP24 and said firefighters were already on scene by the time he noticed the blaze. When he did notice, he said, he saw “raging” flames shooting out from the basement in the opposite direction of the wind.

“The fire is actually just kind of shooting out of the basement and it's huge, like it's engulfing the house,” he said.

He described the neighbourhood as a “tight-knit community” and said he knows many people want to express their support for the family.

“I didn't know them really personally, but you know, you see the children run around, they're biking, they're enjoying. We had a snow day obviously, not too long ago and you know, those kids were out there doing the same thing every other kid would be doing. So it's a sad day.”

Another neighbour described the boys as “wonderful kids” who he’d see playing in the neighbourhood.

In a statement, the Peel District School Board said the boys attended local public schools.

“We are deeply saddened by the news of the three students who passed away this morning in Brampton,” the board said, adding that support would be available for those who need it in the school community.

“Our thoughts are with the family & those impacted at this difficult time.”

Speaking with reporters during a news conference Thursday, Premier Doug Ford said he had just been told about the fire and called it a tragedy.

“My heart just breaks for the family and the whole community,” Ford said. “What a tragedy it is.”

There is no word so far on how the fire might have started.

TOO EARLY TO SPECULATE ON CAUSE

The Office of the Ontario Fire Marshal has been called in to investigate the deadly blaze in parallel with police.

Ontario Deputy Fire Marshal Tim Beckett said Thursday afternoon that his team arrived and more personnel are on the way to conduct an investigation. 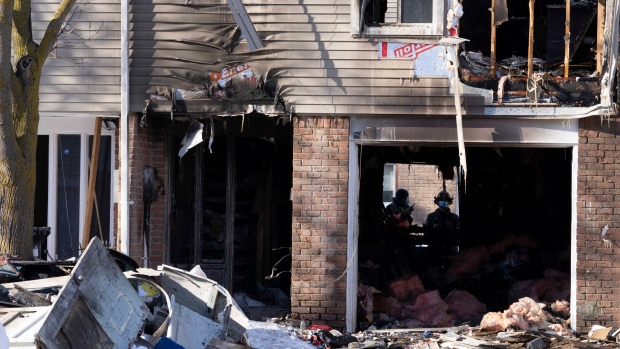 “We're going to be here throughout several days conducting a very methodical and very detailed investigation on what happened here,” Beckett said. “A lot of work to be done. We are just in the early stages.”

He said it is too early to speculate as to the possible cause of the fire.

Brampton Fire Chief Bill Boyes offered condolences to the family and also praised the efforts of those who responded to the blaze.

“I do want to acknowledge too, the heroic actions of our firefighters. I spoke to them, it’s a very tough day for them,” Boyes said.

“They did absolutely everything they could. We had one firefighter injured with a non-serious injury, thankfully, who has been assessed by paramedics. And the crews continue to work today in very difficult and cold conditions on what is a tragic day here in the city of Brampton.” 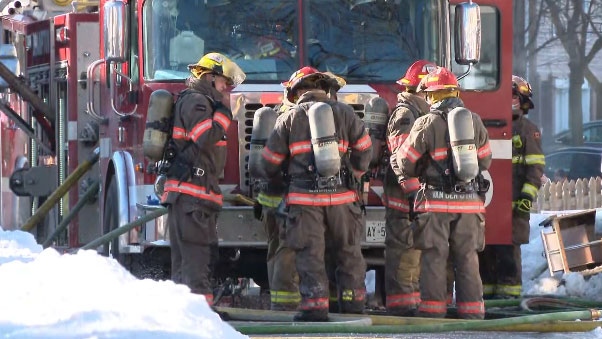 Mooken said that supports will be available to first responders who tried to access the home “as quickly as possible” when they learned there were children inside.

Boyse added that a day like this is “very difficult emotionally” for first responders.

“I mean, we all have families and brothers and sisters and moms and dads and children, and just to see an incident like this, it just really hits home with everybody.

While the circumstances are not yet known, Boyse said the tragic fire should serve as a reminder that every home should check to ensure that smoke alarms are working and should have a fire plan.

The deadly fire in Brampton comes less than 24 hours after a separate fire at a basement in Toronto claimed the lives of a man and a woman.