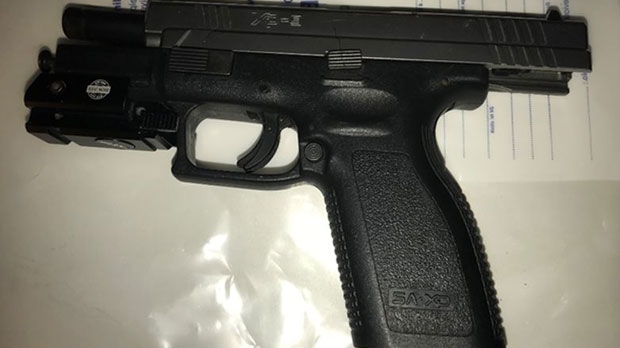 A 9mm handgun seized in the Jane and Finch area is seen. (Toronto Police Service)

Three teenagers are now facing a slew of charges after Toronto police seized a loaded firearm and drugs in the Jane and Finch area on Friday.

Officers said they were patrolling a parking garage in the area in an effort to combat recent gun violence in the northwest end of the city.

At around 7:30 p.m., police located three males inside a vehicle allegedly smoking drugs.

All three were subsequently arrested as investigators said they were found to be in possession of narcotics and a loaded firearm.

Toronto-resident Michael Jason Brown, 19, is facing six charges in connection with the investigation. Two other male suspects, a 16-year-old and a 15-year-old, have also been charged. They cannot be identified under the terms of the Youth Criminal Justice Act.

The trio was expected to appear in court on Saturday.

Drugs seized in the Jane and Finch area are seen. (Toronto Police Service)