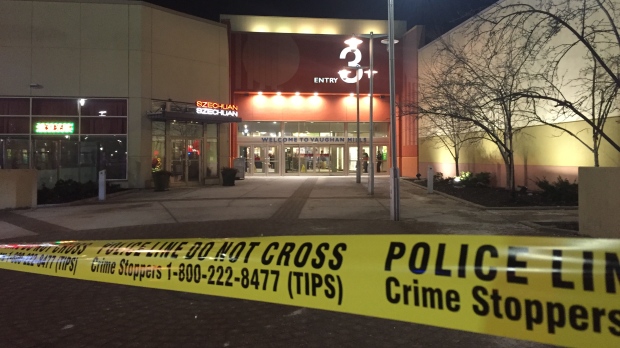 York Regional Police are investigating a stabbing at Vaughan Mills that sent a teen to hospital.

Three youths are facing charges in connection with the stabbing of a 14-year-old boy at Vaughan Mills on Thursday evening.

Police say that they were called to the entrance of the mall near Jane Street and Rutherford Drive shortly after 6 p.m. for reports of a fight involving a large group of young people.

Police say that during the course of that fight the 14-year-old victim was stabbed just outside the entrance to the mall.

He was rushed to The Hospital for Sick Children with serious but non-life-threatening injuries.

The suspects, meanwhile, fled the scene and were last seen going inside the mall.

Police say that they were eventually able to apprehend the suspects with the help of security personnel.

One 14-year-old boy is charged with attempted murder, aggravated assault and assault with a weapon.

Police say that investigators believe that there were people who captured footage of the fight on their phones but left prior to the arrival of police.

“Those witnesses are urged to contact investigators as soon as possible,” police said in a press release.