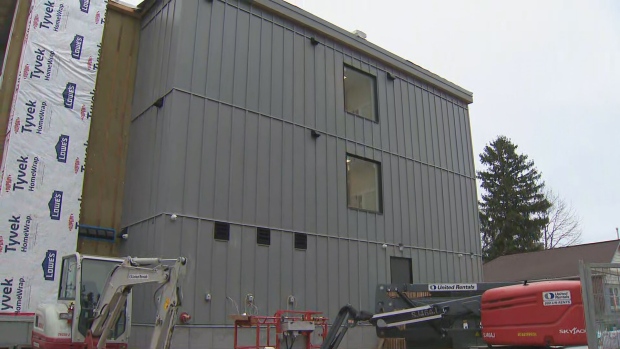 The city has opened its first modular supportive housing building in Scarborough to help those exiting the shelter system.

The City of Toronto welcomed residents to its first modular housing building in Scarborough on Saturday as part of its HousingTO Action Plan to provide affordable homes for those in need.

Mayor John Tory was on hand for the opening at 11 Macey Avenue, near Victoria Park and Danforth avenues.

Tory took a tour of the homes which are meant to provide affordable residences for individuals exiting the shelter system. 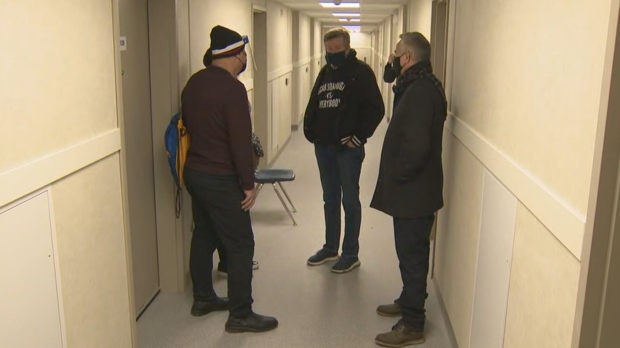 “I think modular homes can play a big role because they can be put up quickly, they are in a position where they can provide a real home for people and provide the supports inside for people who are dealing with issues involving mental health, substance issues or something like that,” Tory told reporters on Saturday.

The modular homes were built in a factory-controlled setting within Canada and then transported to the site for assembly, Tory said.

The city said each home is approximately 300 square feet and comes with a built-in kitchen and is furnished with a twin bed frame and mattress, a lounge chair, dining table and chairs and a dresser. 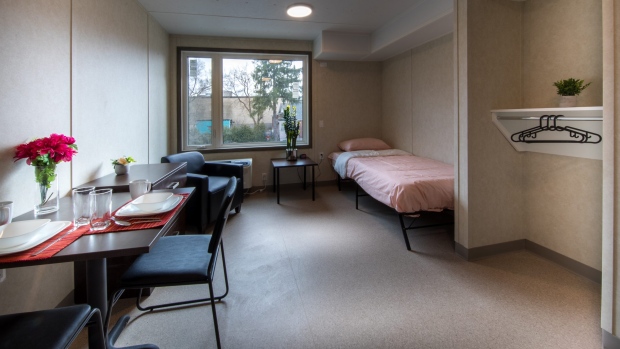 The city is also preparing to open its second modular building in Toronto’s west-end soon at 150 Harrison Street, near Dundas St. and Ossington Ave. This building will have 44 studio apartments. 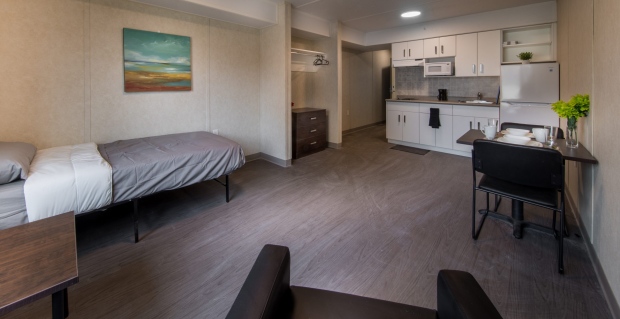 The Neighbourhood Group and COTA Health will operate and provide support services at both locations, said the city in a press release.

They will provide 24/7 on-site staffing and will offer a number of supports to tenants, including harm reduction and relapse prevention, support with daily living activities and connections with community supports and other services.

A Community Liaison Committee has also been created with a goal of “maintaining positive relationships, information sharing and dialogue” between the building operators, the residents and the broader community, according to the city.

The initiative is one component of the HousingTO Action Plan, which has a target of creating 40,000 new permanent affordable rental homes in the city by 2030.