Warning: some of the details in the story are disturbing.

Toronto police say they have identified a female homicide victim found in a garbage bag in Leslieville Monday as 46-year-old Tien Ly of Toronto.

Police say Ly lived with her 20-year-old son, Dallas Ly, and investigators are trying to locate him to make sure he is safe. 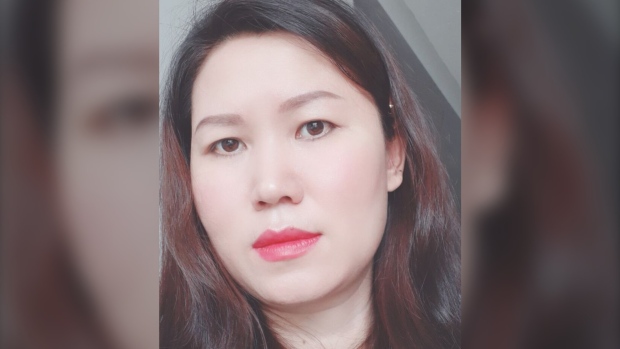 “I've been told that they reside together and that through the investigation, there was concerns after going to their place of residence that they cannot locate her son. And as a result, we're appealing to members of the public. Anybody with any information is to please come forward to contact police and provide information on Dallas.”

Toronto police spent much of Wednesday scouring a building at Carlaw Avenue and Dundas Street East, just minutes away from where the body was found two days earlier. Police confirmed Ly and her son lived in a unit at the building.

Li would not say whether the apartment is considered a crime scene, but said that “it is part of the total focus of this investigation.” 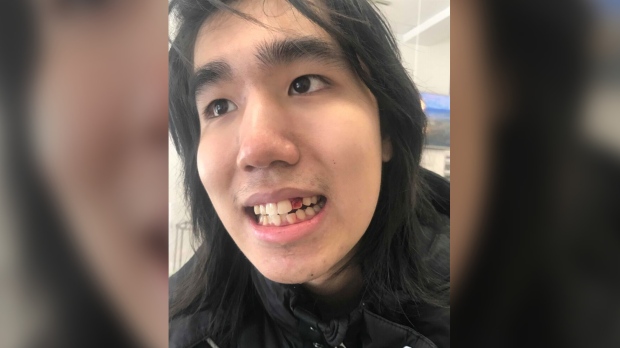 While he did not go into detail, Li said that investigators found “cause for concern” upon entering the residence where Ly and her son lived Wednesday.

The identification comes a day after police made an appeal for help in identifying the body.

Police were called to the area of Eastern Avenue and Berkshire Avenue in Leslieville at around 1:30 p.m. on March 28 after a passerby found human remains in a garbage bag on the south sidewalk.

Investigators said Tuesday that the victim’s death was deemed a homicide following the results of an autopsy. There were obvious signs of trauma and some dismemberment of the body, police said.

Police told reporters that they were releasing some details about the victim Tuesday in the hopes of making a quick identification. In particular, they said the victim had a distinctive pattern painted on her fingernails and toenails and that she was wearing a long-sleeved shirt with a red “Armani Exchange” logo on it.

Friends and acquaintances of Tien Ly told CP24 Wednesday that she also went by “Emmy” and that she owned a nail salon in Yorkville.

One man who works at the salon but didn’t want to be identified told CP24 that Ly was a “very nice and smiling positive person” and that she was always a hard worker, putting in seven days a week.

He said he gave her the manicure with the distinctive pattern shown by police last week when they had free time and that she was at work on Sunday when he had his day off.

But he came in on Monday to find Ly’s cellphone on one of the chairs in the salon. He tried calling Dallas to find out where his mother was, but couldn’t reach him. He said the two had a good relationship and that Ly loved her son very much.

He told CP24 he was “shocked” when he saw the picture of the nails distributed by police.

A client of Ly’s named Cheryl called her a “wonderful person.” She said the manicurist had been in Canada for 20 years and had just opened her business in December.

“I called yesterday and was told she wasn't in, which is weird because she works seven days a week,” Cheryl said.

No arrests or suspect details have been released so far, but investigators said that they are looking to speak with anyone who noticed someone pushing a foldable shopping cart filled with a black waste bag or bags in the area between 10 a.m. and 1:30 p.m. on Monday. Police said multiple bags were found at the scene.

Li said Wednesday that police are still trying to determine why someone would have wanted to kill the 46-year-old woman.

“This is part of the investigation,” Li said. “These are the questions that our homicide investigators are looking to get answers for and again, we're appealing to any members of the public, anyone with any information regarding this, to please contact us.”