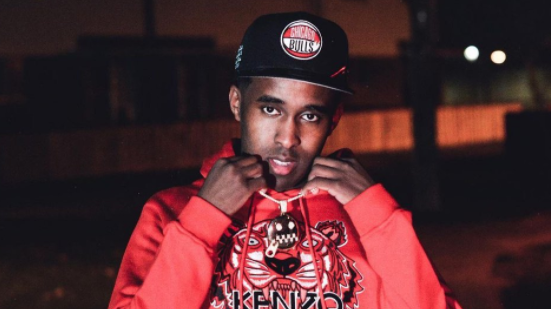 Hassan Ali, who is also known as Toronto rapper Top5, is pictured above. He has been charged with accessory after the fact to murder. (Instagram / @Top5)

Two people, including a Toronto rapper known as Top5, have been charged in connection with the murder of a 20-year-old student outside his North York apartment building two weeks ago.

Hashim Omar Hashi was in his car trying to enter the parking garage to his building near Jane Street and Falstaff Avenue around 9 p.m. on Jan. 31 when he was fatally shot.

Police said that a vehicle pulled up behind him and a lone suspect got out, ran up to Hashi’s passenger side and fired multiple gunshots.

Hashi was pronounced dead at the scene.

Det. Sgt. Ted Lioumanis had previously said that Hashi had no involvement in any criminal activity.

“To this point, there is nothing to suggest that he was targeted for who Mr. Hashi was. I cannot say if he was targeted because he lived in the neighbourhood and that’s part of our investigation right now.”

According to police, two people were taken into custody over the weekend in connection with the shooting.

Ali was taken into custody in Windsor, Ont., police said. The charges have not been proven in court.

Toronto police have confirmed that Ali is also known as Toronto rapper Top5, a local artist with nearly 135,000 followers on Instagram and more than 18,000 subscribers on YouTube.

Police say the investigation into the shooting is ongoing, and anyone with additional information should contact officers or reach out to Crime Stoppers anonymously.