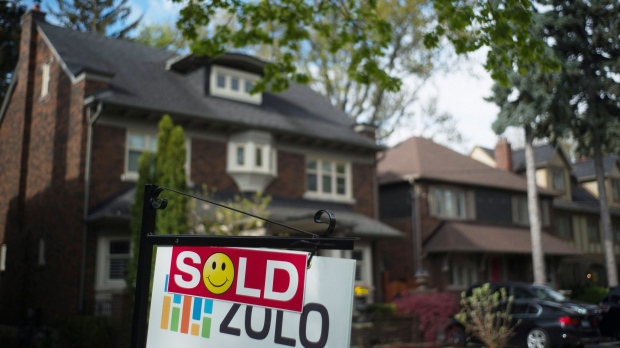 Toronto's housing market soared in February as the average home price surpassed $1 million for the first time, according to the Toronto Regional Real Estate Board.

The board said Wednesday that February home sales reached 10,970, a 52.5 per cent jump from the 7,193 homes sold in the same month last year.

The board believes February's numbers indicated that COVID-19 fears aren't keeping buyers and sellers out of the market and that their interest in purchasing or listing homes will fuel record prices to climb even higher.

Just last month, the board predicted by the time 2021 ends the average selling price in the region will be $1.025 million, up from an average $929,692 in 2020. February's numbers surpassed that expectation already.

“It's clear that the historic demand for housing experienced in the second half of last year has carried forward into the first quarter of this year with some similar themes, including the continued popularity of suburban low-rise properties,” said TRREB president Lisa Patel, in a release.

She warned that trouble was on Toronto's horizon because of disparities between supply and demand that are already shifting conditions to favour sellers and challenging other markets including Vancouver.

“It's also evident that the supply of listings is not keeping up with demand, which could present an even larger problem once population growth picks up following widespread vaccinations later this year and into 2022,” she said.

The number of new listings surged 44.6 per cent but active listings were down one per cent to 8,727.

Purchases were up across most housing types in February too.

Condominiums led the way with sales volume increasing 64.3 per cent, but average prices in the category dropped 3.7 per cent to $642,346.