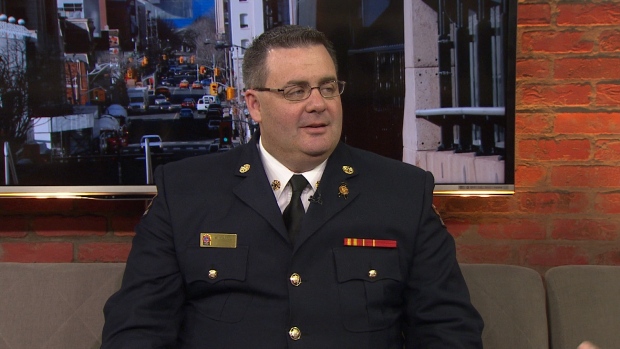 Fire Chief Matthew Pegg will once again lead the city’s response to COVID-19 on a fulltime basis after stepping away from the role when cases were on the decline.

Pegg was appointed to lead the city’s response to COVID-19 at the outset of the pandemic but returned to his role as fire chief in June, noting at the time that it made sense to step aside as the city transitioned from “a COVID-19 response to a city restart.”

In a news release issued on Thursday, the city announced that Pegg will now resume his role “on a full-time basis” and lead the city’s planning “for a resurgence of COVID-19 this fall and winter.”

The announcement comes as cases continue to steadily increase in the city with another 55 new infections reported on Thursday. The seven-day rolling average of new cases in Toronto now stands at 49 after dipping to 18 at one point in August.

“Torontonians should be assured that their City is focused on planning to help lessen and mitigate the impacts of a COVID-19 resurgence,” City Manager Chris Murray said in the release. “Chief Pegg ably guided us through the initial response to this pandemic. His trusted leadership will help ensure the city is prepared this fall and winter.”

In a message posted to Twitter on Thursday, Pegg said that it is an honour to help guide the response to COVID-19 alongside other city officials.

He said that as the city looks ahead to a possible second wave it’s priority will remain the same – “to save lives and prevent the spread of COVID-19.”

The city’s emergency operations centre has been operating at a Level 3 response since March, which is the highest possible level.