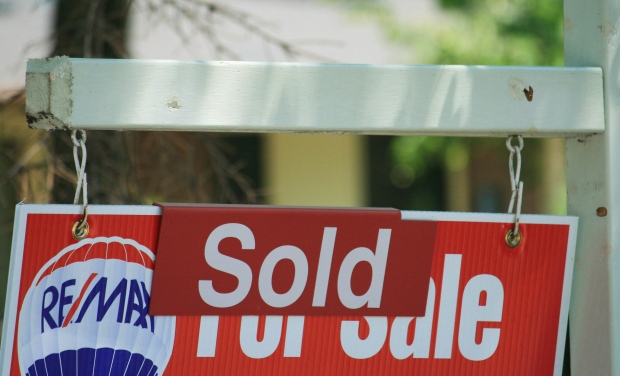 TORONTO -- Home sales rose in Canada's two most valuable real estate regions in October as a rebound in the market continued as interest rates remain low.

Gains for the Vancouver area followed a similar jump in September and mark the fourth month in a row of rising sales after significant declines at the start of the year.

Toronto area home sales were also rebounding from declines at the start of the year, though they were much more moderate than what Vancouver went through.

Toronto Real Estate Board president Michael Collins said GTA home sales have been helped along by the economy and population gains.

"A strong regional economy obviously fuels population growth. All of these new households need a place to live and many have the goal of purchasing a home," he said in a statement.

For Toronto, the strong demand and economy have pushed home prices higher. The composite benchmark price rose by 5.8 per cent in October for the strongest annual growth rate since December 2017, while the average selling price was up 5.5 per cent to $852,142.

In Vancouver, sales have been boosted in part by price declines.

The Real Estate Board of Greater Vancouver said the composite benchmark price was down by 6.4 per cent from a year ago to $992,900, and down 1.7 per cent over the past six months.

Buyers are returning to the market with more confidence than the first half of the year, said Ashley Smith, president of the Vancouver area board.

"With prices edging down over the last year and interest rates remaining low, hopeful home buyers are becoming more active this fall."

The Vancouver-area market has seen a steeper correction in recent years after the provincial government introduced numerous measures including a foreign buyer tax meant to cool the market. Ontario also imposed a foreign buyer tax but has not imposed the vacant home and other speculation taxes imposed in B.C.

The federal Liberals also promised during the election campaign to impose a one per cent speculation and vacancy tax for properties owned by non-resident, non-Canadians.