Trudeau names Kirsten Hillman as next ambassador to U.S. 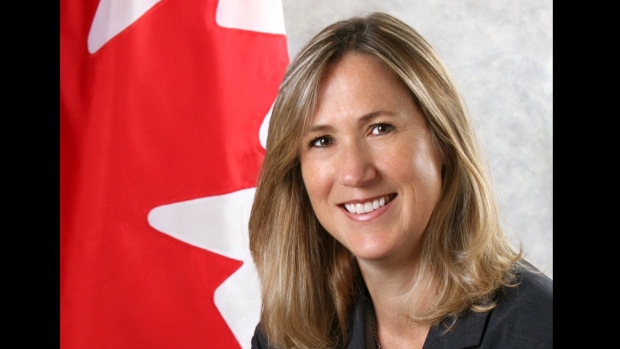 Kirsten Hillman is shown in an image from her official online biography at Global Affairs. (International.gc.ca)

WASHINGTON - Prime Minister Justin Trudeau is promoting a veteran of the international-trade trenches to be Canada's first permanent female envoy to the United States - just as a raging global pandemic tests the continent's cross-border resolve.

Kirsten Hillman, who has spent the last seven months as the acting ambassador in Washington, is taking over the corner office of Canada's embassy on Pennsylvania Avenue on a full-time basis, Trudeau announced Thursday.

Hillman is no stranger to difficult negotiations with the country's largest trading partner, having played a central role in the 13-month effort to negotiate a replacement for the North American Free Trade Agreement.

And Prime Minister Justin Trudeau described her as “pivotal” in the talks to secure the Canada-U.S. border against the scourge of COVID-19 - talks that have taken on a different tenor now that the White House reportedly wants to deploy American soldiers near the northern frontier, ostensibly to intercept illegal migrants and limit the spread of contagion.

“I have worked together with Kirsten since 2015,” said Deputy Prime Minister Chrystia Freeland, who as foreign affairs minister first appointed Hillman to the Canadian embassy in 2017 and describes her as a friend.

“I know that as we battle COVID-19 and have so much work to do with the U.S. on so many different issues, Kirsten is exactly the right woman to represent Canada in Washington.”

In a statement and later at his news conference outside Rideau Cottage, Trudeau described Hillman as a “gifted and brilliant” diplomat who has her country's best interests at heart.

“When we worked together to negotiate the new NAFTA, I saw Ms. Hillman's ability to stand up for Canadians and fight for their interests,” he said.

“She combines exceptional knowledge and skills, and is a gifted diplomat. Ms. Hillman will remain a trusted adviser, friend, and counsellor in Washington and is our point person with Congress and the U.S. administration. I know that Canadians will be well represented by her.”

Export Action Global president Adam Taylor, a trade consultant and adviser to the previous Conservative government, cheered Hillman's appointment as an excellent choice that will find favour among both Tories and Liberals on Parliament Hill.

“Both have worked with her, both trust her and have confidence in her abilities,” Taylor said.

“All our files in D.C. require someone who knows the technical issues that always come up. It's like having Mozart as your piano teacher.”

Hillman, who was deputy ambassador from 2017 to 2019, has been acting ambassador since her predecessor, David MacNaughton, resigned last summer.

A lawyer and an experienced hand on the international trade file, Hillman has been an assistant deputy minister with Global Affairs Canada and was Canada's chief negotiator in an effort to join the Trans-Pacific Partnership, as well as a key player in the Canada-EU trade talks.