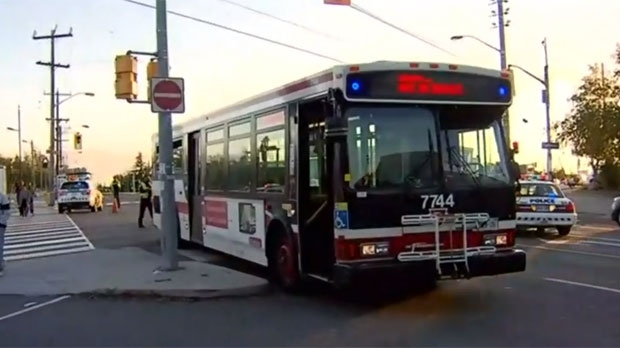 The TTC will add a minimum of 85 additional buses to some of its busiest early-morning routes in an attempt to reduce to crowding and help limit the spread of COVID-19.

The additional buses were put into service on the routes on Wednesday morning; just one day after the TTC began encouraging some riders to consider delaying their commutes until after 7:30 a.m. when vehicles tend to be less full.

The TTC says that a total of 15 different routes will get the additional buses for now, including the 300 Bloor-Danforth Blue Night service (five extra buses) and the 320 Yonge Blue Night Service (4 extra buses).

The TTC also says that it has assigned 14 supervisors to “key positions throughout the system” in order to direct additional buses to “where they are needed most.”

“This is redeployed service and an increase in operator availability. This is a work in progress and we will monitor,” TTC spokesperson Stuart Green said in a message posted to Twitter.

The TTC has previously said that it has seen the number of riders using the system move up from around 8 a.m. to before 7 a.m., likely as a result of shift workers making up a greater share of its ridership during the COVID-19 pandemic.

Despite the increase in buses, the TTC is still asking riders to delay non-essential trips to later in the morning if possible.

The following routes are getting additional buses for the morning commute: