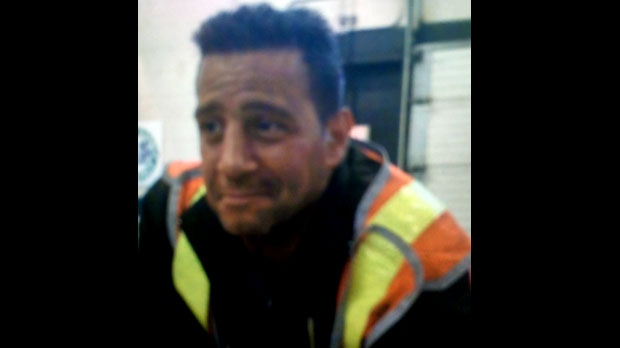 Tom Dedes is seen in this undated photo. (TTC/Brad Ross)

The TTC has pleaded guilty to one of three charges laid against the transit agency in connection with the 2017 death of an employee at the TTC’s McCowan Yard.

On Oct. 1, 2017, 50-year-old Tom Dedes became pinned between a pickup truck and a train while off-loading equipment at the yard, located near McCowan and Ellesmere roads.

Dedes, who had worked for the TTC for 18 years, was taken to hospital but later died of his injuries.

The TTC subsequently faced three charges contrary to the Occupational Health and Safety Act but on Tuesday, the proceedings ended with a resolution with the Crown prosecutor’s office.

The TTC agreed to plead guilty to one count of failing to take every precaution reasonable in the circumstances for the protection of a worker at a workplace.

In a written statement released Tuesday, TTC CEO Rick Leary said the transit agency specifically failed to “provide a trained and qualified SRT workcar monitor at the McCowan Yard to observe the movement of the workcar, while in direct communication with the workcar operator, to ensure the workcar did not make contact with workers, vehicles or equipment."

The two other charges laid against the TTC were withdrawn by the Crown.

“By resolving the charges in this manner, the parties have eliminated the need for a lengthy and costly trial. More importantly, avoiding a trial in this matter will hopefully allow the family and colleagues of Mr. Dedes to continue the healing process,” Leary said.

“As an employer of more than 15,000 women and men, the TTC remains committed to ensuring our workplaces are safe for our workers, customers and the public living in the communities in which we operate.”

Leary added that a thorough investigation into the root cause of the incident was conducted to prevent future workplace injuries and deaths.

He said that new measures have been put in place at the McCowan Yard to improve safety, including upgrades to lighting, visual markings, and an engineered barrier around the track area.

“To Mr. Dedes's family, friends and colleagues, on behalf of the TTC, I again extend my deepest sympathies and pledge to continue to learn from this tragedy with an eye to never seeing it repeated,” Leary concluded.

The union representing TTC workers said in a statement that it is a "hollow victory" for the family, friends and co-workers.

"Today’s guilty plea is further evidence the TTC must do more to protect its workers," said ATU Local 113 in a statement.

The union also said that the transit commission should have ended the case a long time ago.

"The TTC legal team has had possession of all the reports, statements and Ontario Ministry of Labour documents for a long time, but waited until attending court, one month shy of two years since the incident occurred, to admit guilt and settle."