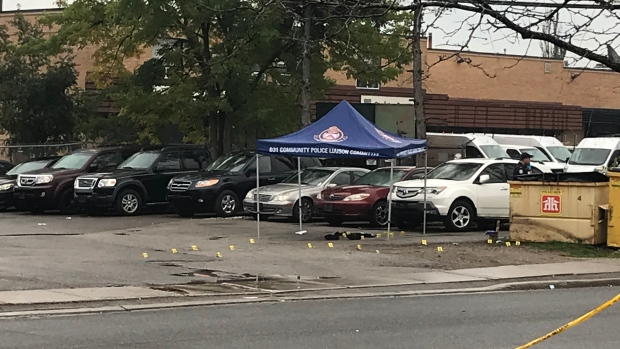 The homicide unit is investigating after a fatal shooting in North York early Thursday morning.

Toronto police have charged two men with first-degree murder following a shooting in North York last week that left one man dead and another injured.

On Oct. 21, police responded to a call for a shooting at the parking lot of an office building on Bakersfield Street, near Sheppard Avenue West and Keele Street, at approximately 3:26 a.m.

At that time, investigators had said that a business in the area was believed to be holding a private event.

Officers arrived on scene to find a man suffering from multiple gunshot wounds. He was transported to a trauma centre with life-threatening injuries where he was pronounced dead. 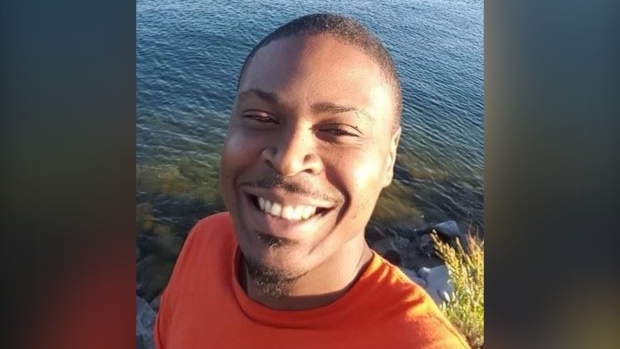 Investigators told reporters last week that a second victim had made his own way to another hospital with non-life-threatening injuries as a result of gunshot wounds.

Both victims had attended an event prior to the shooting, police said. Speaking from the scene, Det. Sgt. Robert Choe explained that the two victims are related, “not through family, but are associated to each other." The relationship between the two victims has not been released by police.

On Saturday, police announced that David Benjamin, 41, and Leary Hibbert, 41, both of Toronto, had been arrested and charged with first-degree murder and attempt to commit murder. Both appeared at a Toronto courtroom today via video link.

Timm is the city's 67th homicide victim of the year.

Anyone with information related to the investigation is asked to contact police or Crime Stoppers.