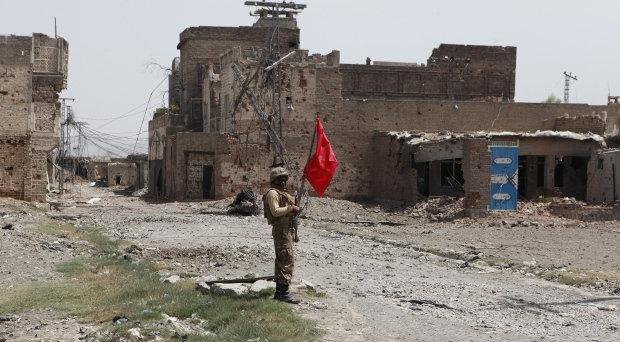 The strike happened in the town of in Datta Khel in North Waziristan, where Pakistan army last month launched a much-awaited operation against local and foreign militants who use the region to carry out attacks in Pakistan, the officials said.

The identity of the slain men was not immediately known and the officials said they were still trying to get details. They spoke on condition of anonymity because they were not authorized to speak to the media.

U.S. drone strikes are a serious source of tension between Washington and Islamabad. The Pakistani government regularly denounces the strikes as a violation of the country's sovereignty.

Thursday's strike took place in the same region where the Pakistan army on June 15 launched a major offensive against Pakistani Taliban, al-Qaida and other militants. Datta Khel is about 50 kilometres (30 miles) west of Miran Shah, the main town in North Waziristan bordering Afghanistan.