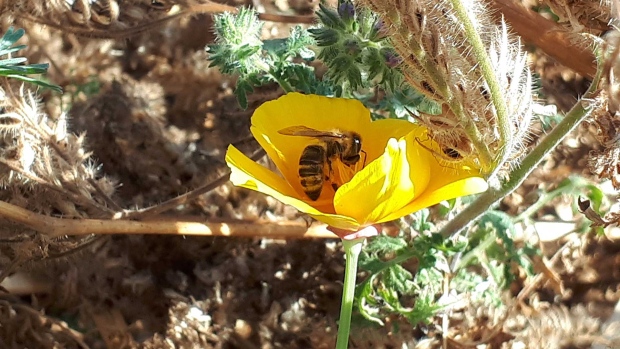 VANCOUVER - A new study from the University of British Columbia says honey from urban honey bees can help pinpoint the sources of environmental pollutants such as lead.

Scientists from the university's Pacific Centre for Isotopic and Geochemical Research analyzed honey from urban beehives in six Metro Vancouver neighbourhoods where they tested for lead, zinc, copper and other elements.

The researchers found the concentration of elements increased closer to areas with heavy traffic, higher urban density and industrial activity such as shipping ports.

Kate E. Smith, lead author of the study and a PhD student at the university, says the good news is that the chemical composition of honey in Vancouver reflects its environment and is extremely clean.

She says Metro Vancouver honey is well below the worldwide average for heavy metals such as lead, and an adult would have to consume more than 600 grams, or two cups, of honey every day to exceed tolerable levels.

Smith says the concentration of elements increased closer to downtown Vancouver, and is largely from manmade sources.