TORONTO - The widow of a Toronto police officer killed in a rampage six years ago is outraged the man deemed not criminally responsible for her husband's death has been living in the community since April.

Christine Russell said she only learned on Thursday that Richard Kachkar had been released from a mental health hospital in Whitby, Ont., to live in a nearby apartment with regular visits from mental-health workers.

“It's shocking, it's upsetting, it's frustrating, it's outrageous,” she said. “I have more words to use, but they're not nice words.”

Kachkar had been at the Ontario Shores Centre for Mental Health Sciences after he was found not criminally responsible for hitting and killing Sgt. Ryan Russell with a stolen snow plow on Jan. 11, 2011.

The Ontario Review Board, which decides if and how not criminally responsible patients should be detained, decided last year to allow Kachkar to live in the community in accommodation approved by the person in charge of his file.

Christine Russell said she knew Kachkar would eventually be allowed to live outside the mental health hospital, but she said she was surprised the development had already come about. Kachkar was found not criminally responsible on account of mental disorder on a charge of first-degree murder on March 27, 2013.

“Four years later he's living in an apartment, that's not bad, eh?” she said, adding that a victim services worker told her Kachkar is being supervised by staff with the Canadian Mental Health Association who visit him twice daily during the week and once per day on the weekend.

“You'd think you'd want the family to know so I don't run into him,” she said. “Imagine running into him at a Tim Hortons? Oh my gosh, I can't even imagine. It's just common decency, I'm not asking for the world, but would that hinder anybody to let me know?”

She said Kachkar has a review board hearing scheduled for Thursday where he was expected to ask for 72-hour sojourns to travel within 150 kilometres of the hospital to visit his daughter.

People found not criminally responsible are subject to annual reviews where board members decide on privileges.

The review board system lets those people into the community - once they're deemed ready - for short periods of time under close supervision. If they do well, they can be granted more privileges at subsequent hearings. If not, the review board can order tighter supervision.

Among the privileges granted to Kachkar after last year's hearing were passes for up to 10 hours to visit the Region of Durham accompanied by staff and the ability to enter the community for upwards of one week indirectly supervised, in addition to being approved to live in the community under certain conditions.

According to Kachkar's Ontario Review Board 2016 disposition, the local police must be notified by the person in charge of Kachkar's file of his visits and living arrangements.

The review board can also order an absolute discharge for a person found not criminally responsible. Absolute discharges are granted only when the board finds the person is not a “significant threat” to public safety. 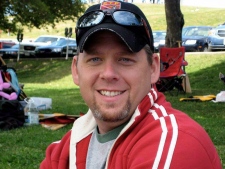