A 62-year-old woman has been charged with first-degree murder in connection with the death of a Toronto lawyer who was struck and killed by a U-Haul truck in an underground parking garage in Midtown on Friday evening.

Investigators say 52-year-old Scott Rosen had finished work for the day at his law firm in the area of Eglinton Avenue and Mount Pleasant Road at around 5:30 p.m. when he was struck by the driver of a rented U-Haul truck in the building’s underground parking garage.

The driver of the vehicle took off and Rosen was later pronounced dead at the scene. 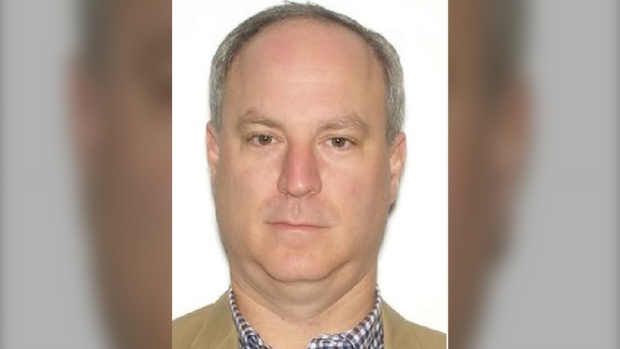 Det.-Sgt. Ted Lioumanis previously told reporters that the suspect had been waiting for Rosen in the parking garage for some time before the homicide.

The U-Haul was recovered later that night in the area of Bathurst and Dundas streets.

Investigators have not yet released any information about a possible motive for the attack.

“It is very disturbing to say the least. From my understanding, Mr. Rosen was a very good lawyer. Very on the up and up. I was advised that he took pride in his work,” Lioumanis said at a news conference earlier this week.

This afternoon, police confirmed that a a suspect was arrested at a home in Toronto at around 4 a.m. Wednesday.

Anh Thu Chiem, of Toronto, has been charged with first-degree murder in connection with Rosen's death. She appeared at the College Park courthouse via video link earlier today.

Lioumanis said they were able to track down a suspect after speaking to witnesses and reviewing video surveillance footage from the area where the incident took place.

Police said Rosen and Chiem were known to one another and Lioumanis said at this point, investigators believe they had some type of business relationship that was connected to the victim's job as a commercial litigator.

An Ontario Superior Court filing dated Jan. 10, 2019 indicates that a lawyer named Scott A. Rosen represented the son-in-law of a defendant by the name of Anh Chiem in a family property dispute. While police have not confirmed if the victim and the accused are the same people referenced in that court document, Toronto police spokesperson Caroline de Kloet told CP24 that investigators have said the two were involved "in litigation dealings."

Officers are still working to determine if anyone else may have been involved in the homicide, Lioumanis said.

In an obituary posted online, Rosen's family described the victim as a "loving and dedicated father" and "a truly wonderful son, father, partner in life, brother and uncle."

"Scott has been taken from us in a way we cannot fathom, but he will continue to live on in his children, for he taught them well and he will forever remain in our hearts and thoughts," the obituary read.

Anh Thu Chiem, of Toronto, is seen in this photo released by Toronto police.