Homicide detectives are investigating the fatal stabbing of a woman in the city's east end on Sunday.

It happened near Lawrence and Victoria Park avenues on Sunday afternoon.

The female victim, who is believed to be in her 40s, sustained multiple stab wounds and was transported to a trauma centre for treatment. 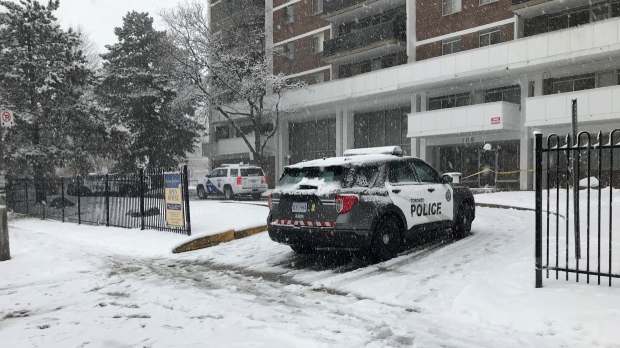 A male armed with a knife was located at the scene and has been taken into police custody, investigators say.