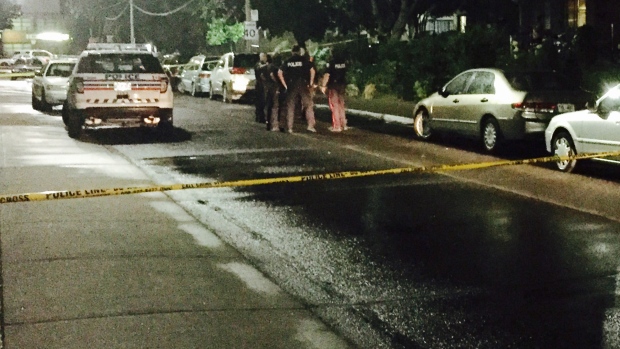 Police say they are looking for a large group of males who were seen running away from the scene of a double shooting in the city’s Pelham Park neighbourhood late Sunday night.

It happened on Pelham Park Gardens near Davenport Road and Osler Street at around 11:40 p.m.

A male and female victim both sustained injuries in the shooting and were taken to hospital in non-life threatening condition.

Police say the group of males were seen running through a nearby laneway, though it is not clear at this point whether they were involved in the shooting or trying to escape the gunshots.

No descriptions of the males have been released.