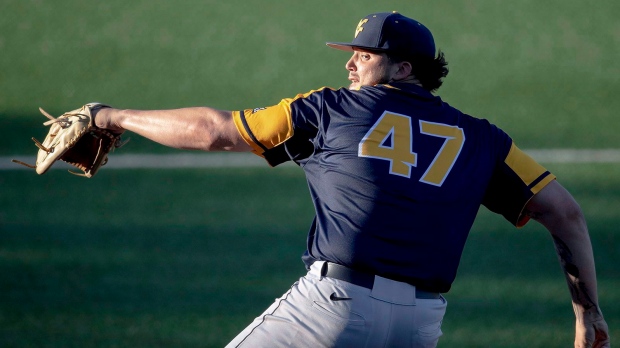 TORONTO - First-round pick Alek Manoah and four other draft selections were signed by the Toronto Blue Jays on Thursday.

The six-foot-six, 260-pound West Virginia right-handed pitcher was named the Big 12 Conference Pitcher of the Year in 2019.

He also pitched for the Chatham Anglers in the prestigious Cape Cod League, going 3-2 with a 2.70 ERA, 48 strikeouts and 11 walks over seven regular-season starts last summer.