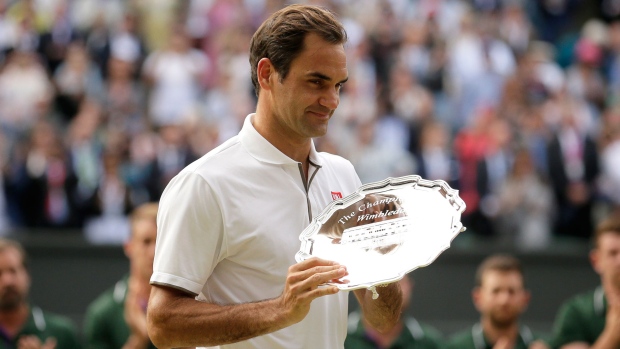 WIMBLEDON, England -- Roger Federer is going to take the Rogers Cup off.

Federer announced his decision to skip the ATP Tour event in Montreal after losing the men's Wimbledon final on Sunday.

"We had decided I was going to skip Montreal anyway already a week ago, just give myself enough time," said the 37-year-old Federer, who was visibly tired after a nearly five-hour match. "I wish I had more, but I don't. I'm just going to take enough time off what I can and prepare for Cincinnati and get going from then on again."

The Western and Southern Open in Cincinnati begins the next week and serves as a warm-up event for the U.S. Open.