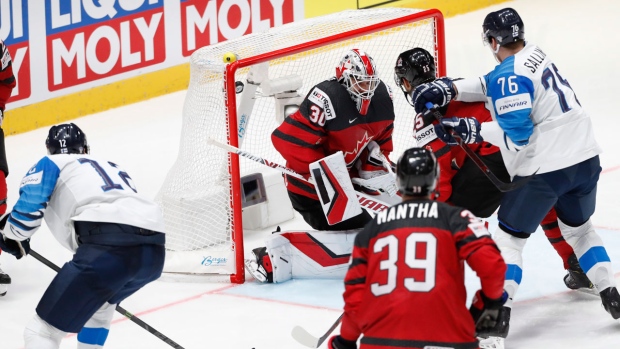 BRATISLAVA, Slovakia - Finland has won the gold medal at the hockey world championship by beating Canada 3-1 in the final.

Marko Anttila's second goal of the game broke a 1-1 tie early in the third period as the Finns defeated Canada for a second time at the tournament. Harri Pesonen added an insurance goal with five minutes to play.

Shea Theodore had the lone goal for Canada in the first period.