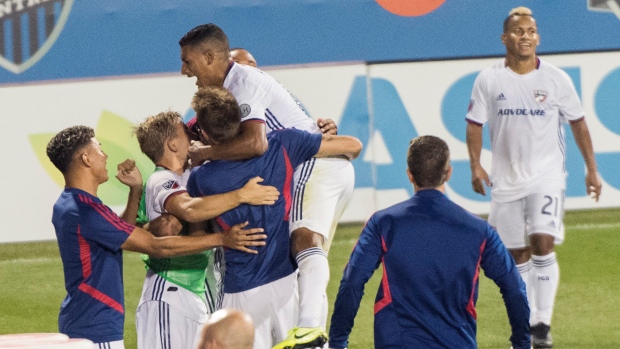 Two of the players tested positive upon arrival Saturday at the league's host hotel in Florida for the MLS is Back Tournament. The other four tested positive within the last two days.

All six were assessed and moved to the isolation area of the hotel where they continue to receive "remote care from a health-care provider," the league said,

The rest of the FC Dallas delegation, following MLS health and safety protocols, are quarantining in their hotel rooms pending results of additional COVID-19 testing.

Dallas is due to open its tournament against the Vancouver Whitecaps on July 9 at Disney's Wide World of Sports complex in the Orlando area.

The league says no other members of the MLS delegation at the host hotel have tested positive, and no other club has been in contact with the FC Dallas party since it arrived in Florida.

League protocols include regular screening, testing, social distancing, person protective equipment and a mandatory quarantine for all individuals upon arrival at the hotel until they have a negative test.

It says so far 392 people have been tested with six positives.

The Montreal Impact and Toronto FC have yet to arrive in Florida for the tournament, which runs July 8 to Aug. 11. The Whitecaps were slated to fly Wednesday.

This report by The Canadian Press was first published July 1, 2020.