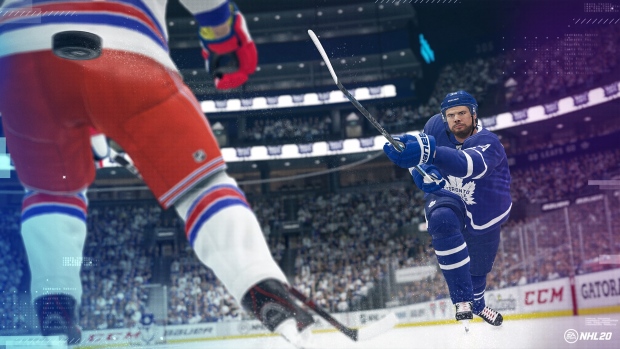 Toronto Maple Leafs star forward Auston Matthews will be on the cover of the EA Sports video game "NHL 20."

He was named as the feature athlete Wednesday night at the NHL Awards in Las Vegas.

"If you look at the long list of guys who have been on the cover, it's pretty special company," Matthews said.

Nashville Predators defenceman P.K. Subban was on the cover of "NHL 19" and Edmonton Oilers star forward Connor McDavid was featured for "NHL 18." Other cover athletes over the years have included Claude Giroux, Martin Brodeur, Eric Lindros and Mario Lemieux.

This year's game introduces a 'Signature Shots' feature that replicate the most recognizable shot styles of some of the NHL's top stars. Matthews' half toe-drag wrist shot is included along with Subban's slapshot windup and the Alex Ovechkin one-timer.

"It's even more personalized now and relates even more to the individual," Matthews said. "I think that's a pretty cool feature."