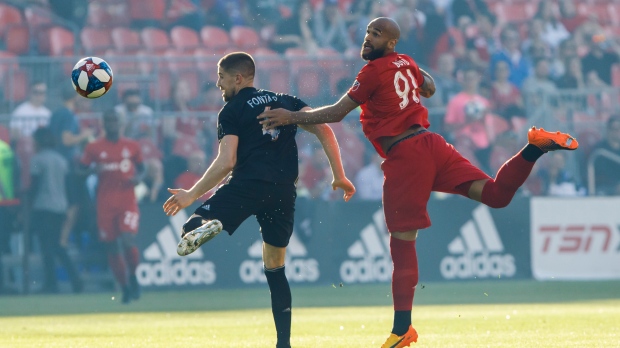 A late goal from substitute Jordan Hamilton squeezed out a 2-2 draw for Toronto FC against Sporting Kansas City on Friday.

In extra time and from in close, the Scarborough, Ont., native knocked in a pinpoint pass from Ryan Teller. The tying goal came in the 95th minute.

Video almost killed Toronto in its attempt for a feel-good result heading into the Gold Cup break.

On two occasions, Sporting Kansas City was awarded penalty kicks and Felipe Gutierrez made good on both to grab a 2-1 lead at BMO Field.

Referee Fotis Bazakos was called upon by the video assistance referee to take a look at two possible fouls inside the box that initially went undetected.