Veteran guard Dragic leaves Raptors due to a "personal matter" 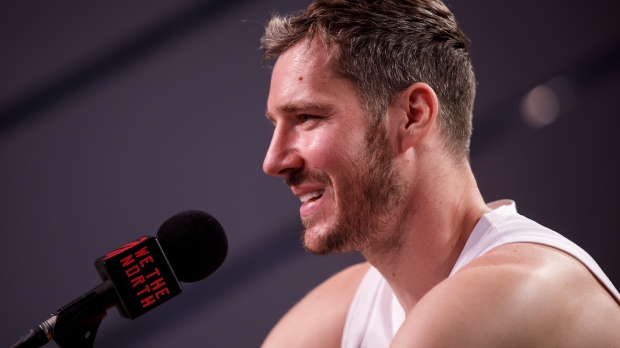 TORONTO - Goran Dragic has left the Toronto Raptors due to a personal matter.

The Raptors announced prior to Sunday's tipoff against the visiting Boston Celtics that the seldom-used guard, acquired along with Precious Achiuwa in the off-season deal that sent Kyle Lowry to Miami, wasn't with the team.

“First of all, he's a really good dude, extremely professional, very wise...enjoyable guy to be around and coach,” coach Nick Nurse said.

“He has been a complete professional in the time that he has been with the Raptors - Goran has been a great mentor to our younger players and a valued teammate for our veterans,” Webster said in a statement. “He will continue to work out and stay in shape during his time away.”

Webster said there is no definite timeline for a return.