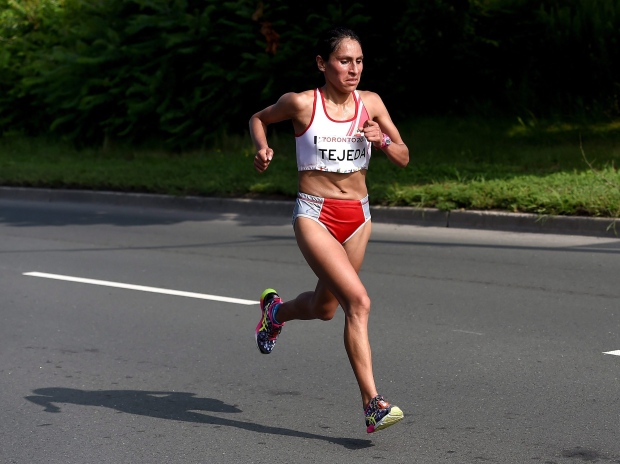 Peru's Gladys Tejeda runs to a gold medal during women's marathon at the 2015 Pan Am games in Toronto, Canada, Saturday, July 18, 2015. (Harry How, Pool photo via AP)

LIMA, Peru - Peru's Olympic Committee says 29-year-old distance runner Gladys Tejeda has been stripped of the gold medal she won in Toronto in July's Pan American Games because of doping.

The committee said in a statement Wednesday that Tejeda had tested positive for furosemide, a diuretic on the World Anti-Doping Agency's banned list because it is used to mask other drugs.

The statement said that Tejeda would be temporarily suspended from international competition.

A hero at home after the victory, Peru's government had awarded her with a $22,000 check.

Tejeda was out of the country when the sanction was announced.