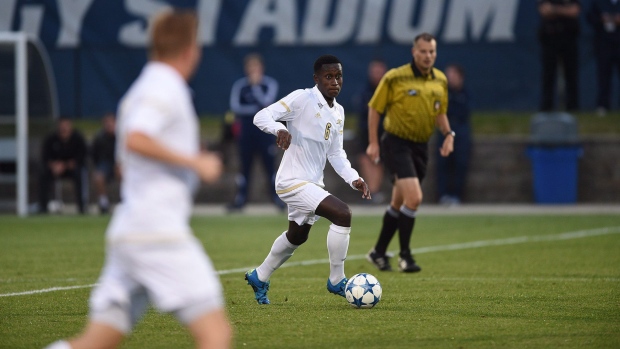 The 24-year-old from Toronto, who was a trialist with TFC during training camp, was taken seventh overall by Orlando City in the 2016 MLS SuperDraft.

In three seasons, Laryea made 21 appearances with one assist in MLS play. He also made 35 appearances Orlando City B in USL play with three goals and two assists.

Laryea, who grew up playing club soccer in the Toronto area for Sigma FC, turned heads during his two years at the University of Akron. In his final season with the Zips, he had a team-high 11 goals and add seven assists.

"A quality player," then-Toronto FC GM Tim Bezbatchenko said at the time. "He shows maturity on the ball, is clean on the ball."

Orlando did not renew his option after the 2018 season.

The signing leaves Toronto's senior roster at 27, including Spanish midfielder Alejandro Pozuelo, who is set to arrive Friday. The 27 includes Dutch defender Gregory van der Wiel, who is awaiting a move after a training camp bust-up with coach Greg Vanney.

While league rosters can run as high as 30 players, Toronto has gone with 28 mostly in recent years to remain under the salary cap.