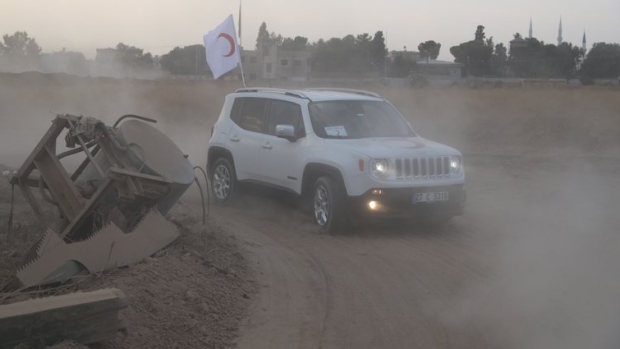 AKCAKALE (AP) — Turkey’s defense ministry says one soldier has been killed amid sporadic clashes with Kurdish fighters in northern Syria, despite a U.S.-brokered cease-fire.

The statement said the soldier was killed during an observation shift earlier in the day, in an attack by anti-tank weapons and small arms fire, bringing Turkey’s military death toll up to seven soldiers in its wide-ranging offensive against Syrian Kurdish forces.

The ministry also said it allowed a 39-vehicle humanitarian convoy to enter Ras al-Ayn, a key border town that’s seen some of the heaviest fighting. It said the convoy evacuated wounded and others.

Turkey considers the Syrian Kurdish groups terrorists for their links to a decades-long Kurdish insurgency inside Turkey.