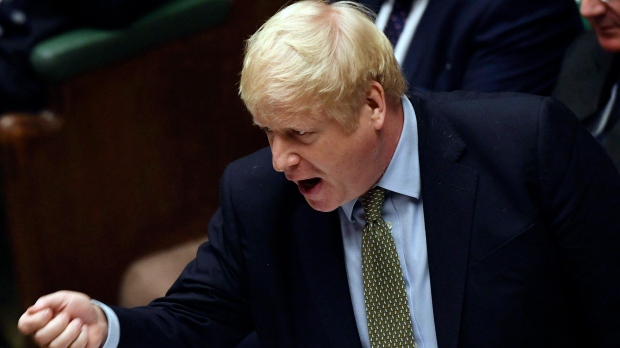 LONDON -- Britain's House of Commons has given final approval to the bill authorizing the country's departure from the European Union, paving the way for Brexit at the end of the month.

Lawmakers voted 330-231 on Thursday to pass the EU Withdrawal Agreement Bill. It will become law once it is approved by Parliament's upper chamber, the House of Lords, which does not have the power to overturn decisions of the elected Commons.

The bill's Commons passage is a victory for Prime Minister Boris Johnson, who has vowed that Britain will leave the EU on the scheduled date of Jan. 31.

The comfortable majority won in last month's election by Johnson's Conservatives ended years of political deadlock over Brexit and allowed the bill to be was approved despite opposition from smaller parties.