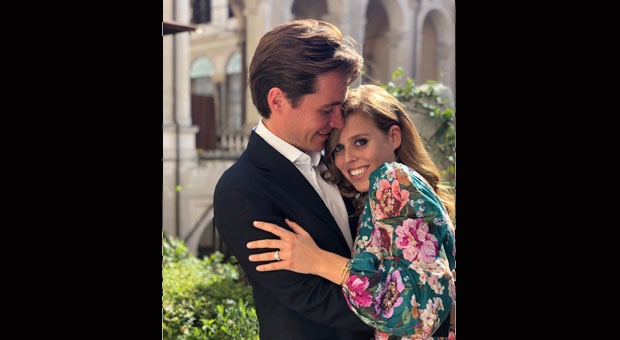 LONDON -- Prince Andrew and his former wife Sarah Ferguson have announced the engagement of their elder daughter, Princess Beatrice.

They said Thursday that Beatrice is engaged to Edoardo Mapelli Mozzi.

Buckingham Palace says the couple became engaged during a weekend in Italy earlier this month. The wedding will take place in 2020.

The 31-year-old princess is the granddaughter of Queen Elizabeth II.

Andrew and Sarah said in a statement they are "thrilled" with the engagement.

"We send them every good wish for a wonderful family future," they said.