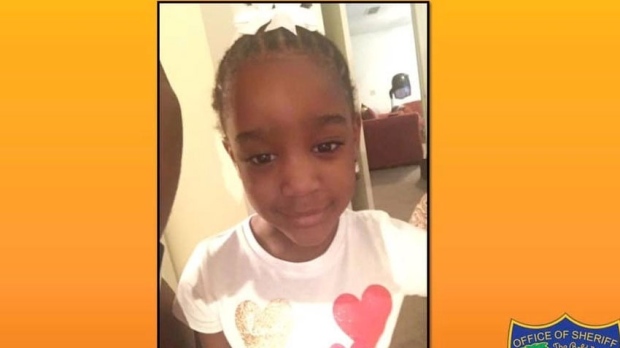 This Amber Alert made available by Jacksonville, Fla. police, shows an undated photo of Taylor Williams. On Tuesday, Nov. 12, 2019, authorities in Alabama say they have found human remains while searching in the woods for Williams. The child was reported missing from her Jacksonville, Fla., home last Wednesday. (Jacksonville Police via AP)

JACKSONVILLE, Fla. - A neighbour of a missing Florida girl told investigators the 5-year-old child was “alone and often wandering” around the apartment complex where she lived with her 27-year-old mother.

Brianna Williams was charged Tuesday with child neglect and providing false information to police in the case after investigators found human remains near her hometown in Demopolis, Alabama. Sheriff's officials say Williams was admitted to the hospital Tuesday because of an apparent overdose.

She reported Taylor Rose Williams missing from their Jacksonville home last week. But she stopped co-operating with detectives after being questions about inconsistencies in her story.

Authorities are still trying to confirm the victim's identification.

The arrest report says a neighbour found the child wandering in April and she said she was “looking for my momma.”