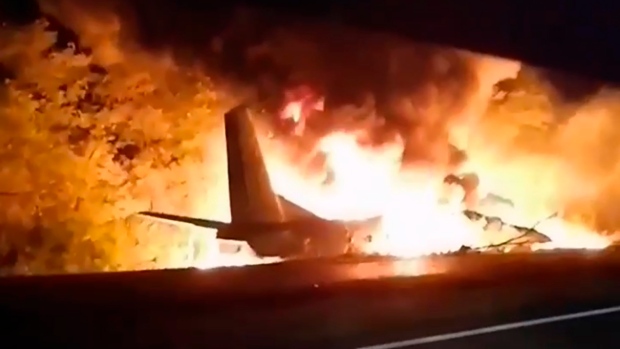 The plane, a twin-turboprop Antonov-26 belonging to the Ukrainian air force, was carrying a crew of seven and 20 cadets of a military aviation school when it crashed and burst into flames Friday night while coming in for landing at the airport in Chuhuiv, about 400 kilometres (250 miles) east of the capital Kyiv.

Two people initially survived the crash, but one later died in a hospital.