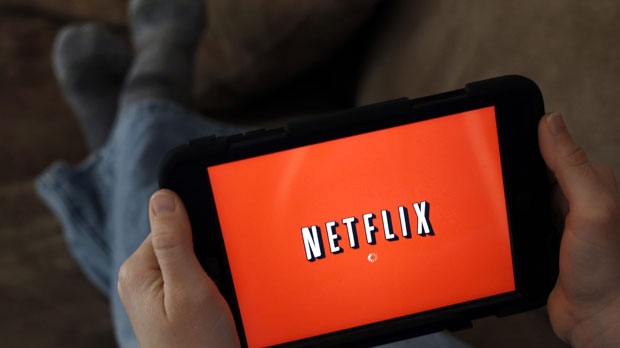 How long a streaming licence lasts will vary depending on the show or movie. Many contracts are signed for around a year, especially for films, which guarantees services like Netflix have a steady rotation of content from some of Hollywood's big studios. (File Image: Elise Amendola, File/AP Photo)

TORONTO - The number Canadian households paying for at least one streaming video service will eclipse traditional TV subscribers for the first time next year, predicts an annual report on consumer habits.

Convergence Research Group says the growing popularity of an array of streaming options -- ranging from Netflix and Crave to sports platform DAZN-- is leading to a gradual shift in where viewers invest their entertainment dollars.

While many households subscribe to both options, the report estimates that about 32 per cent of Canadian households will not have a traditional TV subscription by the end of next year -- an increase of about two percentage points from 2018.

Convergence Research president Brahm Eiley said the Canadian adoption of streaming offerings has been slower than in the United States, in part because Canadian audiences have less than half the streaming options Americans do.

Traditional outlets, particularly cable TV and satellite across Canada, have seen a downturn in subscribers of roughly two per cent each year since 2015, the report says.

Last year, Canadian TV subscribers declined by 204,000, and another 253,000 cancellations are expected this year, the report says.