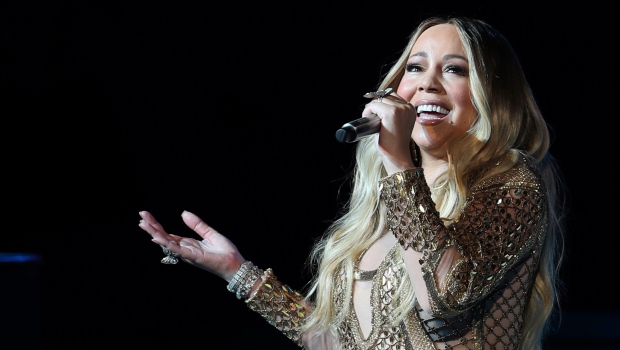 FILE - This Oct. 20, 2019 file photo shows Mariah Carey performing during a concert celebrating Dubai Expo 2020 One Year to Go in Dubai, United Arab Emirates. Carey is among the artists who will be inducted into the Songwriters Hall of Fame on June 11, 2020, in New York City. (AP Photo/Kamran Jebreili, File)

NEW YORK - It's one sweet day for Mariah Carey.

The pop diva, who has co-written 18 of her 19 Number-One hit songs, will be inducted into the Songwriters Hall of Fame.

The acts will officially be inducted at the Songwriters Hall's 51st annual Induction and Awards Dinner on June 11th in New York City.

Songwriters are eligible for induction after writing hit songs for at least 20 years.

Carey, whose hits include "We Belong Together" and "Hero," released her self-titled debut album in 1990.

With 19 Number-One hits on the Billboard Hot 100 chart, she is only behind the Beatles, who have had 20 songs top the chart.

The only song Carey didn't write that went to Number-One was a cover -- her version of Jackson 5's "I'll Be There."

Virginia-based duo the Neptunes shaped pop and urban radio from the '90s well into the 2000s thanks to crafting hits for Britney Spears, Jay-Z, Justin Timberlake, Usher and Beyonce.

Williams and Hugo, who met in the seventh grade, worked on Number-One hits such as Nelly's "Hot In Herre," Gwen Stefani's "Hollaback Girl" and Snoop Dogg's "Drop It Like It's Hot."