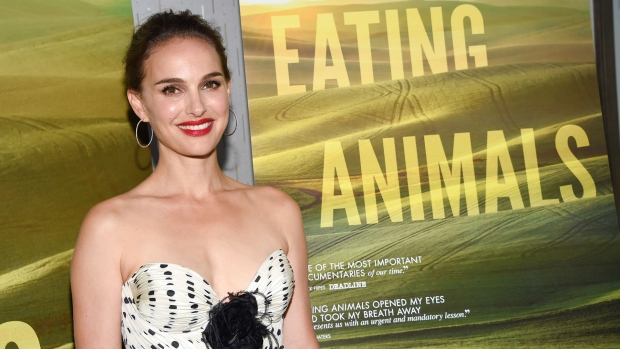 NEW YORK - Natalie Portman and Jonathan Safran Foer hope they can change the world - one dinner plate at a time.

The actress and the author have teamed up to produce the documentary “Eating Animals,” an indictment of the factory farm system that argues we are feeding ourselves all wrong.

The film takes viewers from a Perdue farmer in North Carolina who is knee-deep in both debt and chickens suffering horrific abnormalities to a small free-range pig farm in Iowa, where the animals roam freely.

The filmmakers visit various farms to make the case that animals confined indoors in massive factories, fed antibiotics, genetically altered and bred for the most meat isn't inevitable.