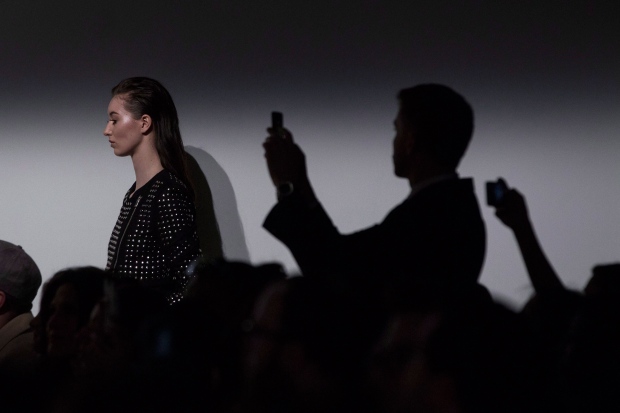 A model stands to the side as a creation from Mikhael Kale is shown on the runway during Toronto Fashion Week in Toronto on Monday March 17, 2014. (Chris Young / THE CANADIAN PRESS)

Organizers with the biannual showcase said by email they've decided “to pause” the event “in order to rethink the platform.” No reasons were given.

A statement on Twitter from â†•tofashionwk says organizers will focus on “how best to engage the industry, support designers and resonate with consumers.”

They add that they remain “steadfast” in their commitment to the Canadian fashion industry. It wasn't clear if the fall event would take place.

Toronto Fashion Week was once considered North America's second-largest design event but has had a rocky history of late.

It collapsed in July 2016 after corporate sponsor IMG pulled out and organizers cited a lack of local support. It was resurrected soon afterwards with new backers and a shorter run.

This report by The Canadian Press was first published on Jan. 15, 2020.