Toronto officials warn Bieber after he appears with lions in city 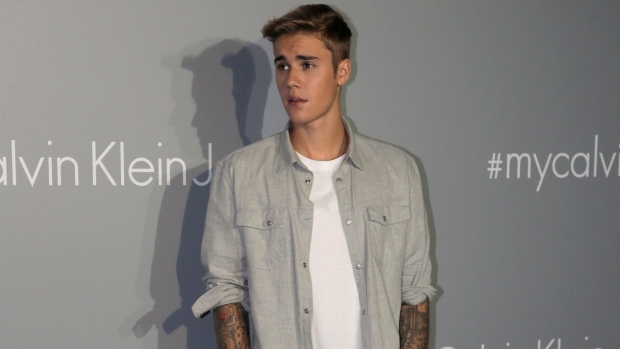 In this June 11, 2015, file photo, Canadian singer Justin Bieber poses for photographers upon his arrival at a promotional event for Calvin Klein in Hong Kong. (AP Photo/Vincent Yu, File)

TORONTO -- Is it too late now to say sorry?

Canadian pop star Justin Bieber is in hot water over reports that he appeared with young lions at two Toronto events.

Toronto Animal Services said Friday it has sent the singer a notice of violation after receiving two complaints that he "exhibited" lions.

One complaint relates to Bieber being seen with a white lion cub, the other with a "juvenile lion," the department said.

City bylaws state that no person can keep a prohibited animal in the city, either on a permanent of temporary basis. Exotic cats such as lions and tigers are on the list of banned animals, spokesman Steve Johnston said in an email.

"The information provided was that the lions came from Bowmanville Zoo. They were also issued a letter seeking compliance," he said.

Photos posted online show Bieber posing with a white lion cub at an engagement party for his father in late April, and cradling a young lion while shirtless at a Toronto performance this spring.

Representatives for Bieber did not immediately respond to requests for comment.

The animal rights group People for the Ethical Treatment of Animals said it filed the complaints after seeing photos of Bieber petting a chained tiger and other animals at his father's party.

"The tiger and other animals were cruelly being used as living props at Bieber's father's engagement party in Toronto, and PETA soon learned that some of the animals had been taken there from the notorious Bowmanville Zoo," the group said.

"Soon afterward, Biebs again shared photos of himself posing with an exotic animal, this time a lion cub who had apparently been taken backstage at his Toronto concert," it said.

The organization vowed to follow up on the complaints and ensure no other alleged violations take place.

The Bowmanville Zoo, an exotic animal attraction east of Toronto, did not immediately respond to a request for comment.

It's not the first time Bieber has gotten into trouble over an animal.

The young celebrity settled a fine and paid for the costs of caring for a monkey he brought into Germany in 2013 without the necessary papers, according to that country's authorities.

The monkey was seized by customs and Bieber failed to claim the animal. It now lives in a zoo.

Justin Bieber is seen petting a tiger in a photo he posted on his Instagram account. (@justinbieber/Instagram)