Mayor Rob Ford wants to hear from you.

In a live interview with CP24s Stephen LeDrew today, the mayor encouraged Torontonians to attend an executive council meeting on Thursday and tell him how to run the city.

He said he's particularly interested in feedback on how to address a reported $774 million budget shortfall and promised to give anyone that wants to speak five minutes to do so.

"I'm inviting the whole city. I don't care if we have to sit there for three days," he said. "Come and let me know what you think we are doing right, what we are doing wrong and share your ideas. I'm interested in hearing from the taxpayers."

During a 30 minute interview Ford touched on everything from his controversial decision not to attend the annual Pride parade to eight core service reviews released by the city.

He said his goal during the upcoming budget process will be to avoid any tax increases, but he made no guarantees that he will be successful in that quest.

Ford also took aim at the approximately $50 million in grants that the city hands out every year.

"Some of it might be legit, but when you are 700 odd million dollars in the hole I'm sorry, you are going to have to get the private sector involved," he said.

Watch the entire interview by clicking on the links on this page. 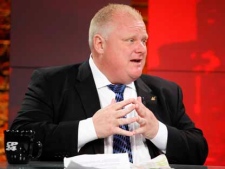 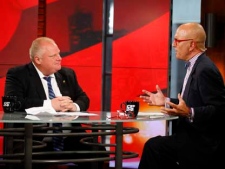